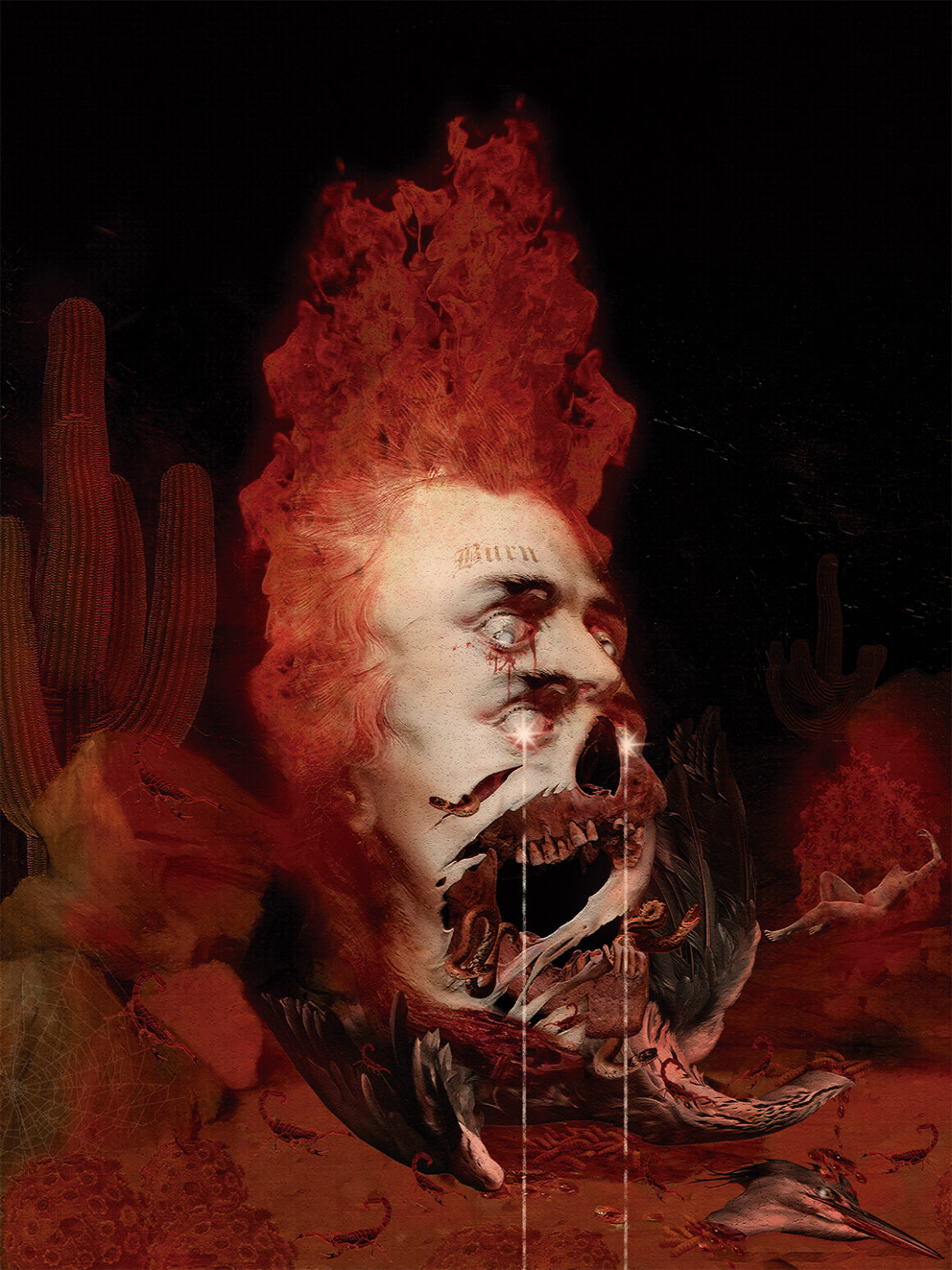 A sinister sense of macabre afflictes the digital collage of the Brazilian artist Felipe Froeder, also known as Arcano XV. For his artistic projects he starts from old public domain paintings as raw material to elaborate in his collages.

He extracts elements from old paintings to create new images and narratives, exploring the expressive potentialities of the matter in different ways and turning these works into something new and completely out of their original context.

His thematic interest revolves around controversial subjects, which are often seen as taboo by society – such as death and its imagery, supernatural manifestations, altered states of consciousness and the iconography of the profane, transiting between the macabre and the surreal, between the expository and the occult, between the sacred and the profane, creating an overlapping aesthetic that flirts with diverse subjects simultaneously.

«I have always been fascinated by the theme of death and the transformations of matter – he said in an interview – arising from this natural process. Monsters, demons and the whole fantastic universe of horror movies and literature have always inhabited my imagination, and certainly also had a great influence on me since childhood. Death and its mysteries as well as these tales and macabre beings are – for me – personifications of the unknown or their pure manifestation».

In his repertoire there are recurring ladies, gentlemen, jesters, figures of saints and evil creatures. They are all linked by a distortion of the face where the eyes triplicate and a strange feeling of movement removes humanity from them, making them strange and sinister creatures.