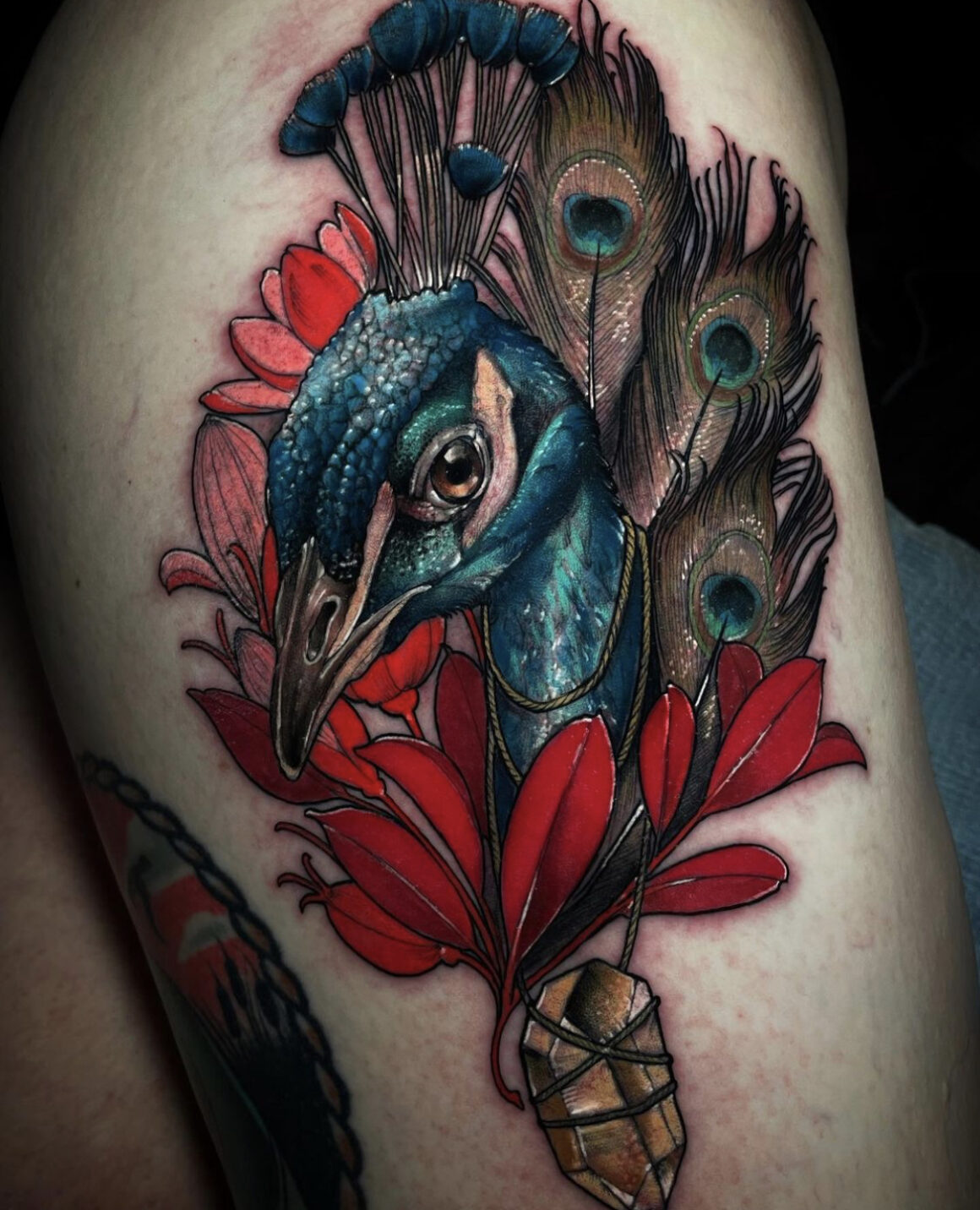 The story of the argument between the Peacock and the Snake, in the words of Adi the Calculator, is an effective metaphor to better understand modern-day concepts like beauty and vanity…

It is said that in peacocks the vivid, hypnotic colours of their tail are capable of turning poison into a solar substance, while they eyes dotted all over them are none other than the eyes of an omniscient God that sees all. That is why in early Christianity, this creature symbolised immortality long before it became synonymous with vanity and ephemeral luxury.

The second explanation comes to us from an ancient Sufi myth which we will deal with here.

The legend tells that one fine day, a young man called Adi the Calculator, set out on a journey in the wide world in search of greater knowledge. Following the counsel of his Master, he headed south in order to learn more about the meaning of the Peacock and the Snake. He travelled for many long months until he finally came to Iraq where he came across the two creatures fighting and arguing overt their respective merits.

The Peacock claimed to be the more important creature since he could symbolise the aspirations of all men, celestial beauty, the quest for what is superior at any price. The Snaket retorted that it stood for the exact same things but with the advantage of being a materialist and therefore reminded man daily whence he came. Meaning, from the earth.

The Peacock attacked his rival, accusing him in no uncertain terms of being sly, secretive and dangerous, therefore possessed of all-too-human qualities. The serpent relied that it saw positive qualities rather than defects in its being and scathingly accused the peacock of being a vain bird, as well as being fat, having a ridiculous cry and being over-sized in every sense: in terms of its feet, feathers, tails, “eyes”, and so on.

At that point, Adi, who had heard quite enough, butted in and told them that each of them represented a message for humanity and that therefore, in his opinion, there was no winner or loser. The Calculator saw man as crawling like the Snake however much he might aspire to the heavens. But he was also just like the Peacock who liked to boast about his plumage and, consequently, never achieved anything else in life.

A fourth voice appeared out of nowhere and joined in the debate, adding that both the Peacock and the Serpent were endowed with life and that any serious discussion had to begin with this fundamental concept. The voice continued: “These two animals are arguing because each of them has settled for their own life, thinking it to be the realisation of a true status. But that is not exactly how things stand”.

“One, the snake, guards treasure, but can never use it. The other reflects beauty, a treasure in its own right, but cannot use it to transform itself completely. In spite of their not having taken advantage of what was open to them, they still symbolise it for those who can see, hear and judge”.

At this point there was silence, and Adi went back home satisfied with his experience in Iraq. Probably, the Peacock and the Snake are still arguing, thousands of years after their encounter with the Calculator and the Voice. Just like the rest of humanity, for that matter. 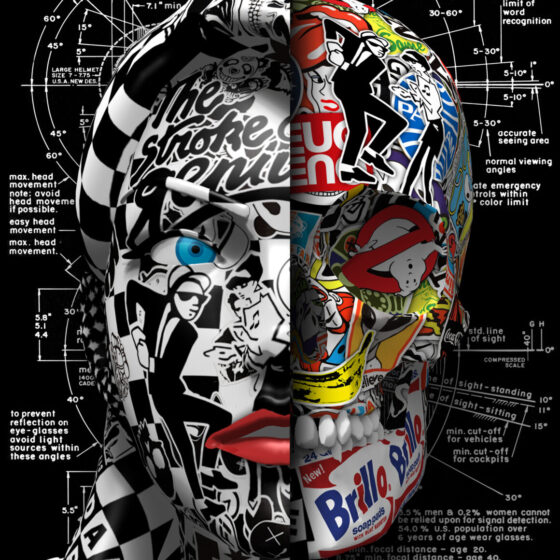 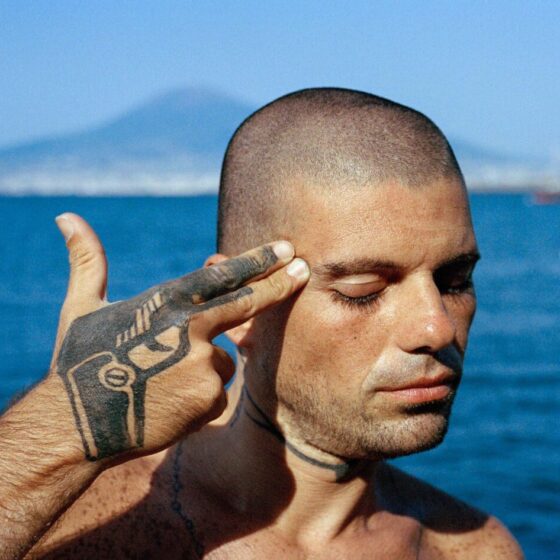 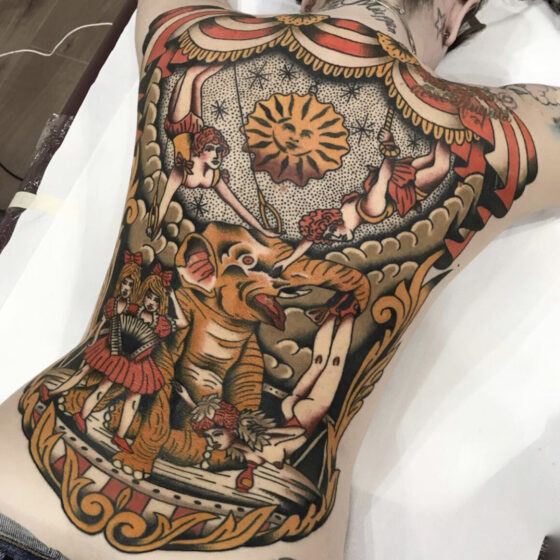 Circus Tattoos, a voyage in the land of magic 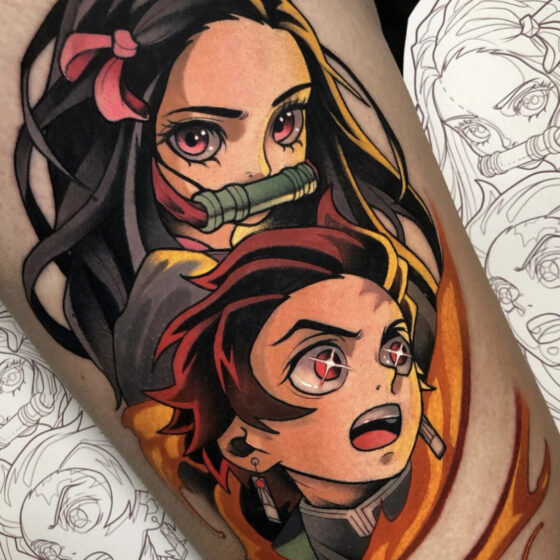 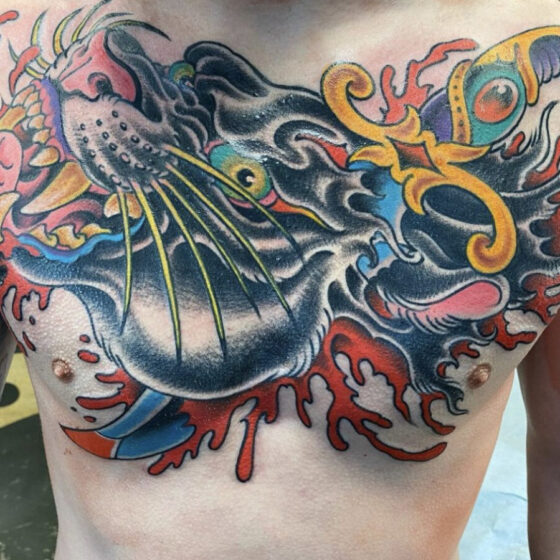 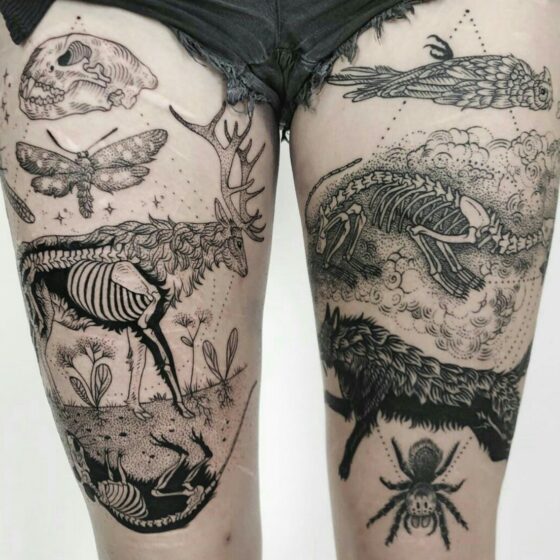