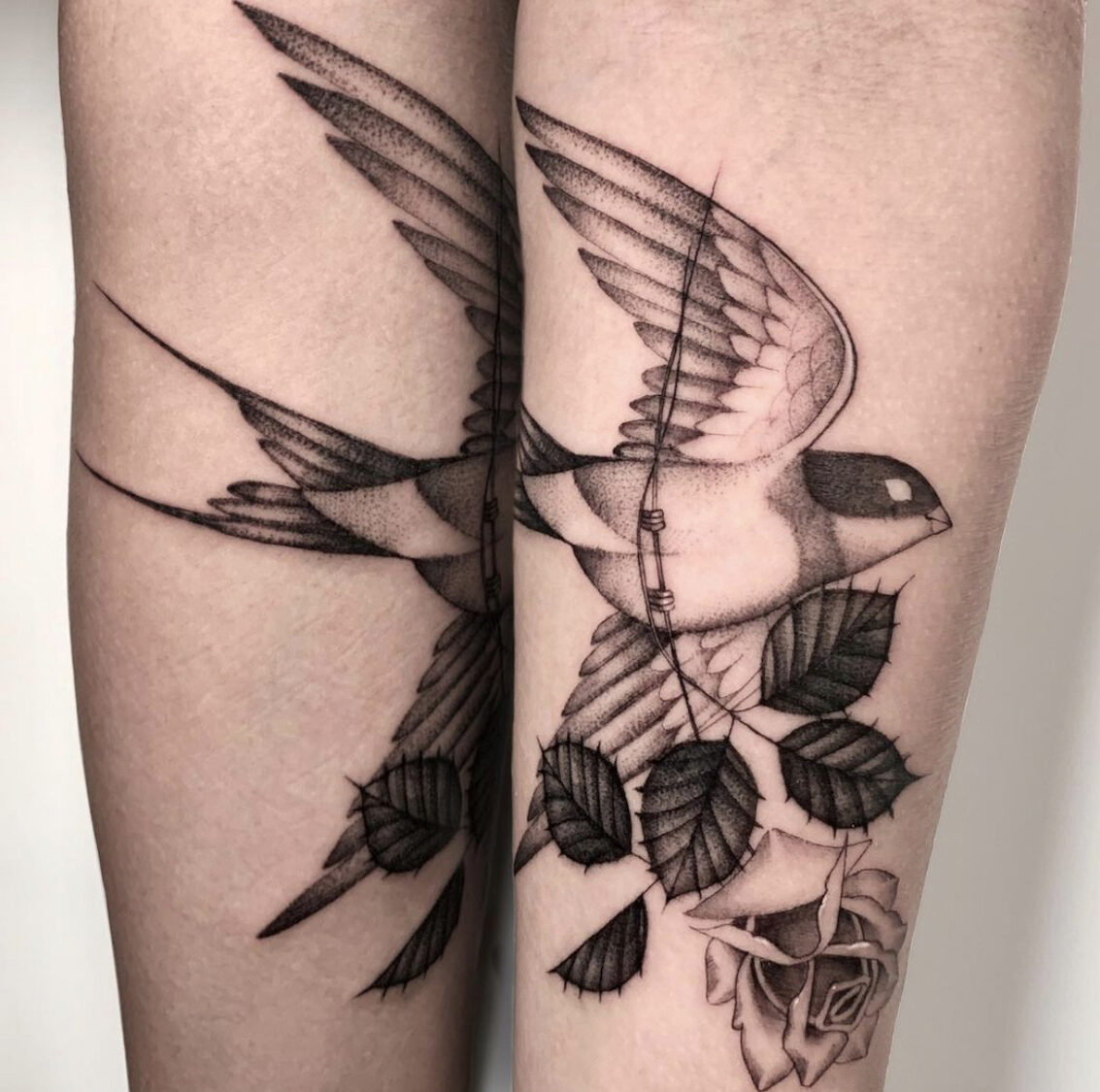 An old European legend explains why these birds have a snow-white breast. Now you know what it is you are getting for a tattoo…

Once upon a time – or so the legend goes – swallows used to be completely black. That cheerless colour defended them from the hostile world all around them. Or beneath them, to be more precise, seeing as how swallows soar high in the sky on their slender wings which make them natural born acrobats.

One day, two elderly swallows came across three much younger ones and promised to guide them in the difficult journey when soon they would depart on their migration to warmer climes.

They agreed to meet the folowig day, but the younger swallows lingered, playing among the trees. Days passed, then weeks, and the elder swallows honoured their agreement and waited for the three foolish youngsters.

Finally, they were ready to leave, but at that point, winter was at the door and the birds were unable to leave in any case. You could cut the silence with a knife, a reproof from the elder swallows to the younger ones who had so foolishly wasted precious time. The three youngsters cursed themselves for their stupidity. The elders remained impassive and calm.

Winter came and it was a harsh one with snowstorms and freezing temperatures. There was no food to be had and they were dying of cold. The elder swallows left in the morning and returned to the nest in the evening carrying some blades of grass or seeds to help them survive. And the youngsters wondered where they had found that meagre food.

When spring came, the breasts of the older swallows had turned completely white, as white as snow. It was only then that the youngsters finally understood. Every day the two elder swallows had landed on the snow-covered ground and, with the heat of their black-feathered breasts, had melted the snow so they could peack at the ground where there were still blades of grass and seeds to be found.

This gesture of solidarity of the elders with the young is the reason why swallows ever since have borne black and white feathers, And legend also has it that the white which appeared in their plumage symbolises hope and the pure love of those who do something for someone else without expecting anything in exchange.

Enjoy our gallery of swallow tattoos. 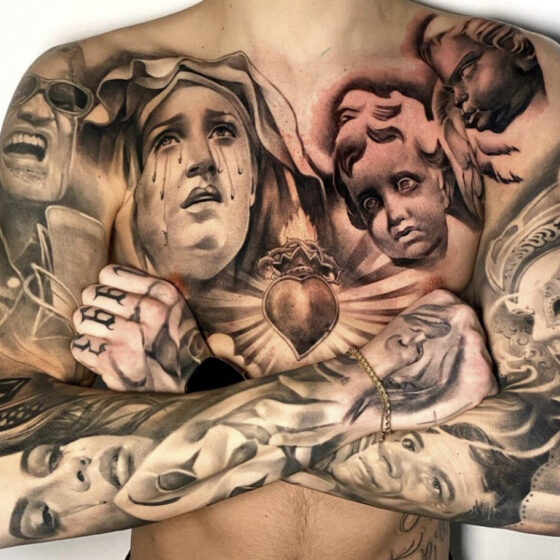 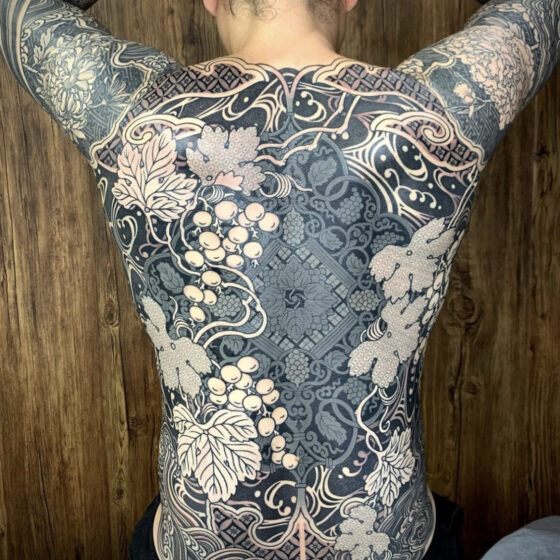 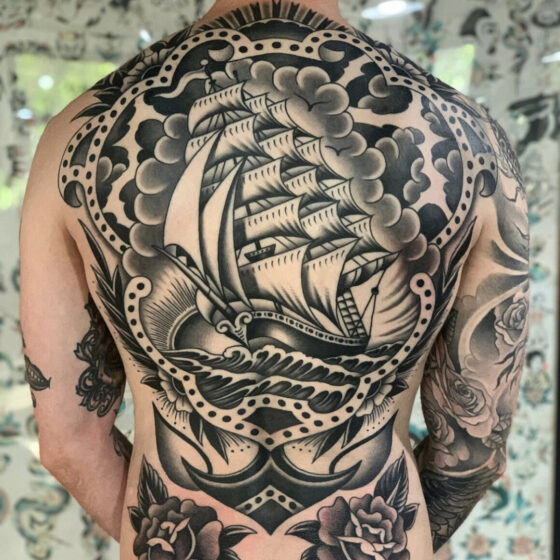 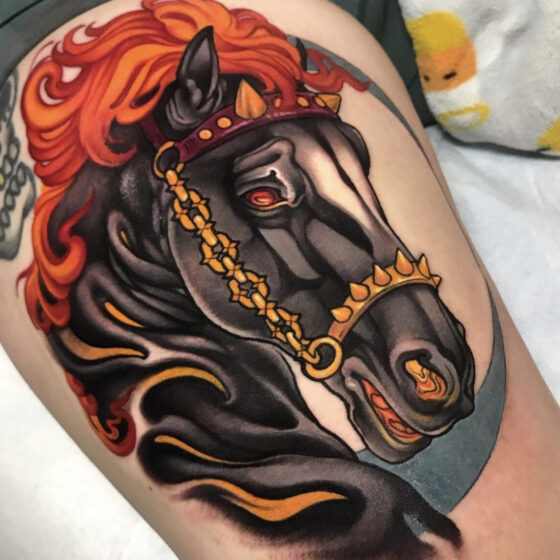 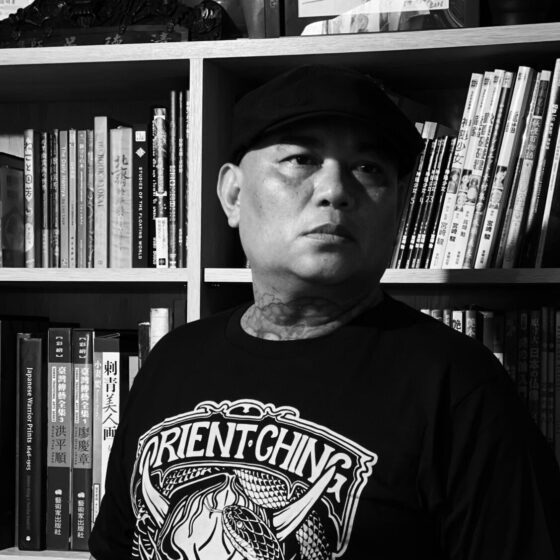