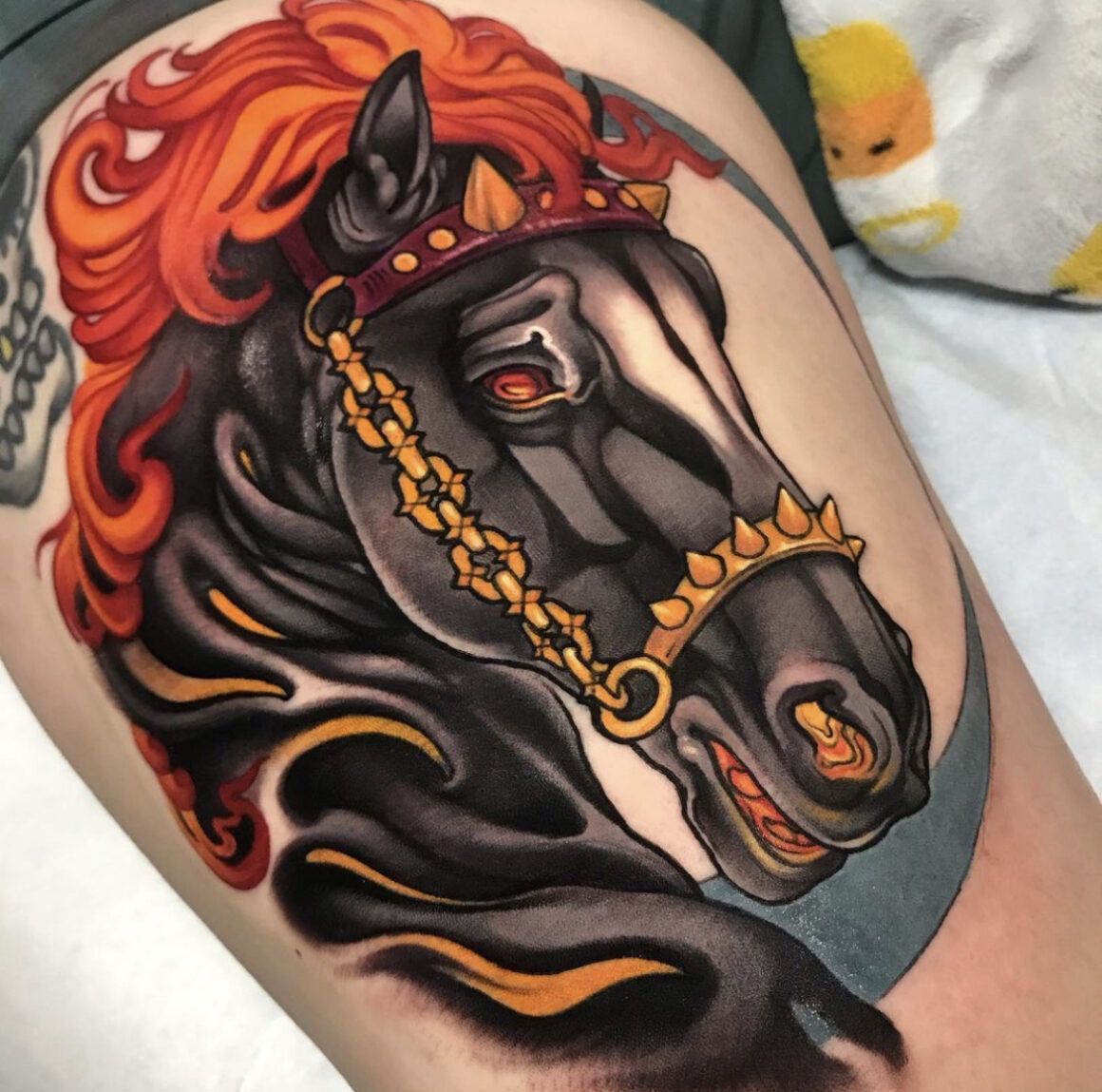 Just maybe, behind this awful mythological figure which is present in Scandinavian and Celtic cuture, there might be a vague connection with the famous Loch Ness Monster…

The Kelpie is a malignant spirit concealed behind the figure of an immaculate white horse. Legends in which it appears can be found in Celtic as well as Scandinavian folklore.

Apparitions of a number of Kelpie have been reported over the years in various parts of Scotland anda Ireland (especially near rivers and lakes), but also in Sweden where it is known as the Bäckahästen (the river horse). In the Isle of Man, locals prefer to call it by the name of Alastyn.

In Scandinavia this evil creature takes the shape of a marvellous white horse with a wet mane and tail. It tends to lurk around the bank of rivers on particularly foggy days..

Anybody who comes across it and dares to ride it will bitterly regret it. The Kelpie (or Bäckahästen) will drag the unfortunate into the water, bucking to unseat the rider. It will then gallop away in a flash of lightning, whipping up the water of the river with its tail.

This seemingly aggressive behaviour can also be seen as a positive sign since Kelpies forewarn about the imminent arrival of a storm by neighing so frantically that it sounds like howling.

According to folklore, anyone who manages to put a bridle on one of these majestic creatures will ride happily ever after. In Australia, however, it is considered inadvisable to imprison a Kelpie since the horse could throw the rider and devour them after first dragging them across the seabed.

What could possibly be the origin of such an ambivalent mythological figure? According to the Swedish naturalist Bengt Sjögren the symbology speaks for itself (a sort of demon created by the human mind) and there is not such a great difference between the popularity of the Kelpie in the different folklores and the Scottish legend of the far more popular and feared Loch Ness Monster.

Sjögren says: “First there were evil horses, and then, in more modern times and especially thanks to the study of dinosaurs, people began to speak about sea monsters like the one in Loch Ness. A creature that is really similar to the Plesiosaurus that lived two hundred million years ago”. But meanwhile, the mystery remains.

And while you sit on the river bank in the hope of meeting a Kelpie, take a look at our gallery of tattoos Dedicated, let’s say, to horses of a rather more conventional kind.