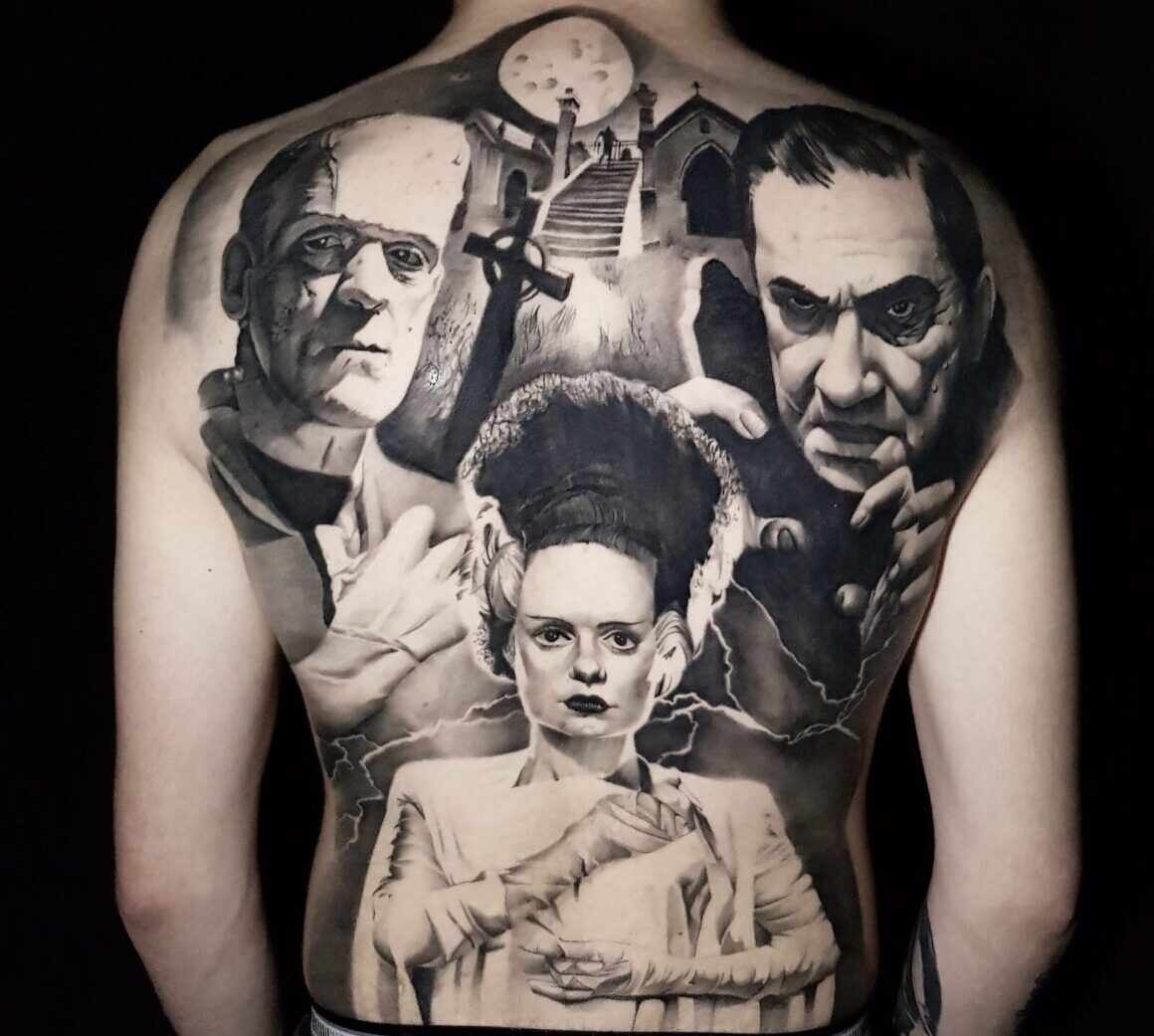 It’s time to commemorate the mysterious Hungarian actor on the ninetieth anniversary of the Ted Bronwin film (1931). And recall his unforgettable performance as the “Count”.

Bela Lugosi (stage name of Béla Ferenc Dezső Blaskó) was without a shadow of a doubt the most celebrated Count Dracula on the silver screen.

His birthplace was Hungary – where he was born on 20th October 1882 in the city of Lugoj – but it was America that would turn him into a star.

Lugosi first appeared on Broadway in 1927 where he played the role of Dracula in the theatre adaptation of the famous gothic novel by Bram Stoker which had first come out in 1897, exactly thirty years earlier.

The theatre production directed by Horace Liveright with a screenplay adapted by the celebrated duo Deane/Balderston was a huge success and had 261 performances across the United States.

In 1931 (two years after he moved to California, often playing the part of the villain or the exotic sheik in Hollywood productions) Lugosi was cast for the part of the Prince of Darkness in the long-awaited film (Dracula) which Universal was getting ready to shoot.

It appears that Bela was paid a mere 500 dollars a week for seven weeks’ work and a total of just 3500 dollars; but the actor wanted the part so badly that he accepted without hesitation.

The movie directed by Tod Browning was a huge box office hit and immediately became a horror classic, largely thanks to the performance of Lugosi. Elegant, hypnotic, with a strong central European accent, simultaneously macabre and aristocratic, his Count won the hearts of viewers from the moment he first appeared on screen.

Curious fact: the firm was partly shot in part on adapted sets of the major Universal which at night were reused to shoot a second version of the film in Spanish.

Dracula tells the tale of a vampire who moves to England from his homeland Transylvania and feeds on the blood of the living, including Mina, the fiancée of a young lawyer, John Harker. The film was selected in the year 2000 to be preserved in the National Film Registry of the Library of Congress ass “culturally, historically or aesthetically significant”.

According to a number of sources, production of Dracula was anything but simple. In fact director Tod Browning gave considerable liberty to his favourite director of photography Karl Freund, and David Manners (who played John Harker on set) once told the press: “I can still see Lugosi, parading up and down the stage, posing in front of a full-length mirror, throwing his cape over his shoulder and shouting, ‘I am Dracula!‘ He was mysterious and never really said anything to the other members of the cast except good morning when he arrived and good night when he left. He was polite, but always distant.”

Lugosi struck Manners as a vain, eccentric performer: “I never thought he was acting, but being the odd man he was“.

Bela Lugosi died of a heart attack on 16th August 1956 at the age of 73 while resting in his apartment in Los Angeles. In the days that followed he was buried in his Count Dracula cloak in Holy Cross Cemetery in Culver City, California. Contrary to legend and gossip, the Hungarian actor never left instructions in his will asking to be buried in that garment.

It was his son (Bela G. Lugosi) who confirmed on a number of occasions that he and his mother Lilian had taken the rather odd decision since they felt that this would have been the wishes of the dear departed… 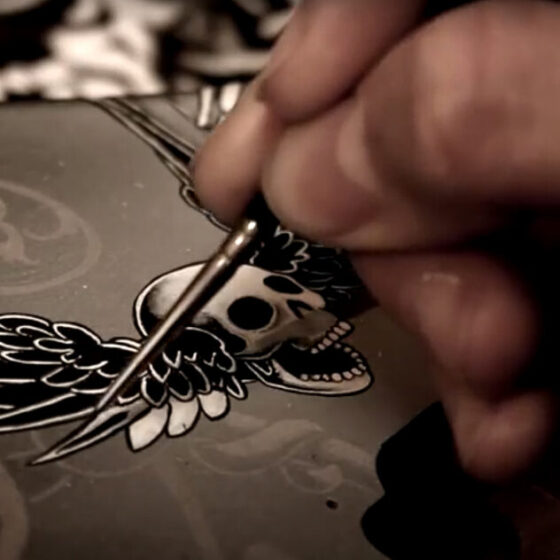 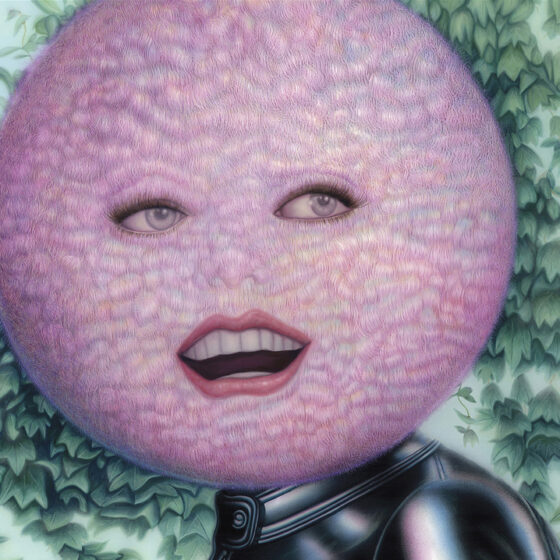 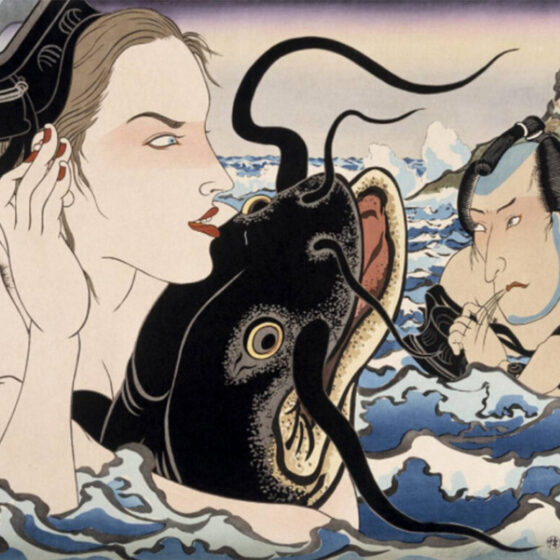 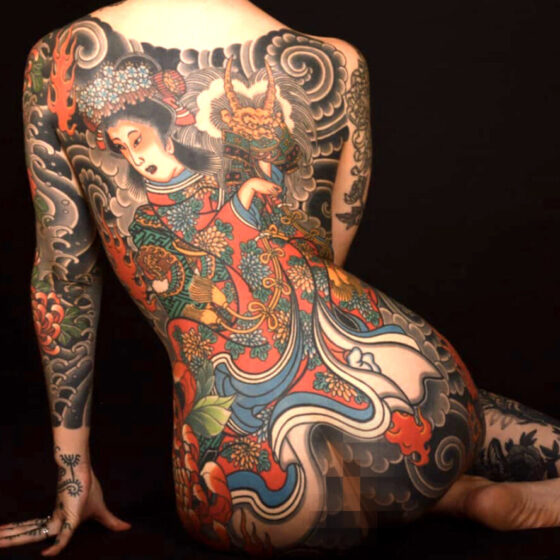 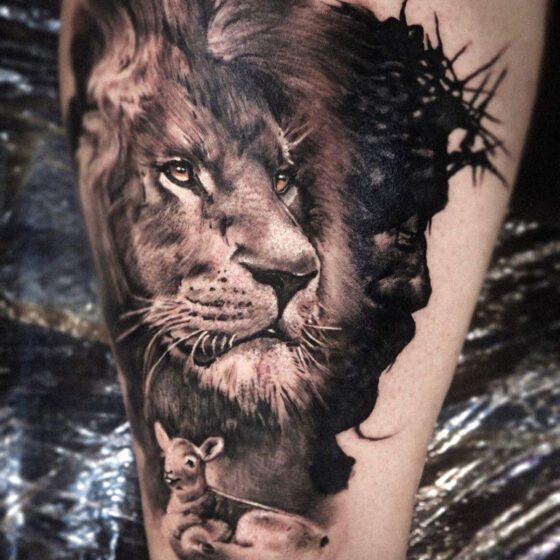 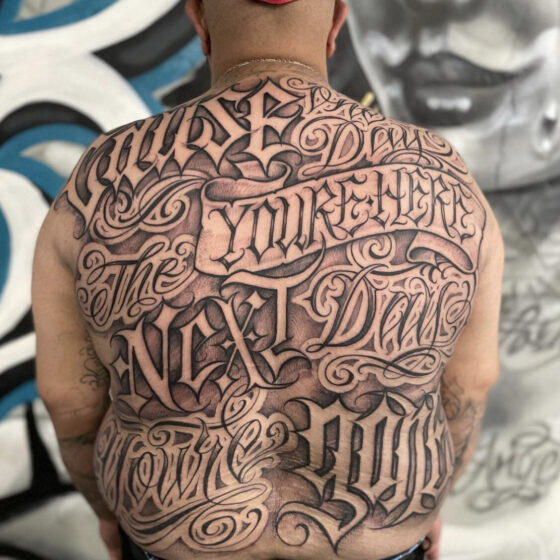 Lettering Tattoos, when a message become a work of art!