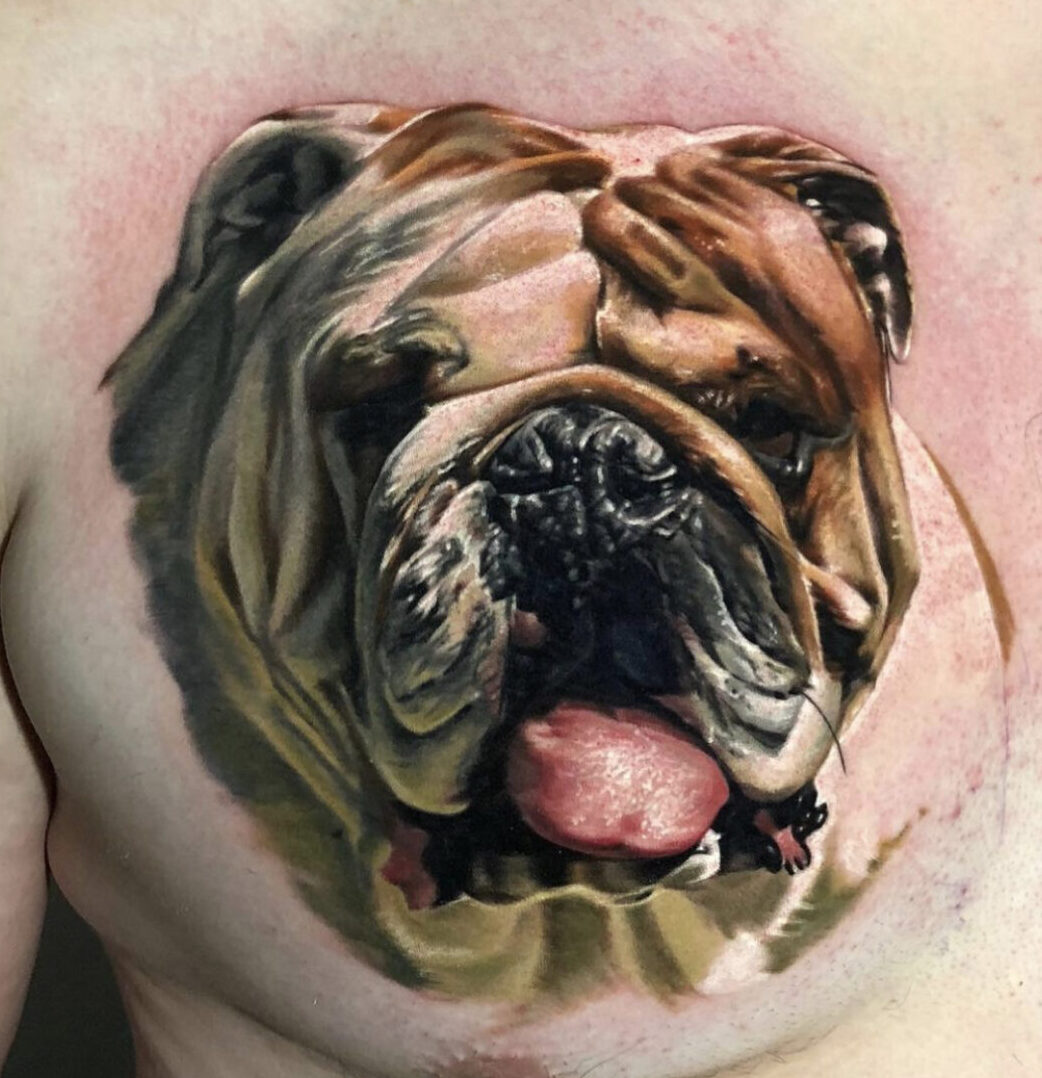 Bulldogs are icons of goodness, bravery and pure laziness. Here some historical facts about one of the most famous, prize-winning dogs amongst today’s breeds…

From Asia Minor to British lands
The first version of the Bulldog breed was exported to Great Britain by none other than the Phoenicians (the population of expert navigators who settled in Asia Minor in 4000 BC), when they began their exploration of the European territory which took them first to the city of Cadiz (Spain) and then on to the British Isles. The so-called “Assyrian Mastiffs” were precious and extremely valuable animals (as well as being the earliest ancestors of the Bulldog we know today) and became a firm favourite of the people of Britain who lost no time in having them breed immediately with other Celtic species.

The mix was obviously irresistible and eventually a ferocious, powerful species of dog developed which never tired and was never tame. These were animals which were used for both hunting and for keeping guard. A new breed was evolving.

Blood over the “Bull-Baiting”
The Bull-Baiting was a blood sport that took hold and was practiced in many English villages. It was a “sport” and the aim was for the dogs to “kill or immobilise the bull in a makeshift pen”. Bull-Baiting, in spite of its brutal nature, was greatly appreciated by the public and was soon extended to include other animals (in place of the bull) such as bears, donkeys and even lions.

It was in this atmosphere of blood and mutilation that the name “Bulldog” began to take off and in 1631 a certain Preswick Eaton, an Anglo Saxon merchant, asked a subordinate to obtain “two excellent Bulldogs and have them sent to me as soon as possible on the first ship available for England”. He was perhaps referring to a well-known breeder of fighting dogs which had sprung up in Aquitaine, in the Bordeaux region to be precise.

Introduction of the Cruelty To Animals Act (1835)
However, despite the public’s increasing demand for displays of animal ferocity, the sad practice disappeared – at least from public – and in 1835 with the issuing of the Cruelty To Animals Act, which was a law which prohibited the perpetration of acts of cruelty on bulls, dogs, bears and sheep (only rats were excluded from the list) and categorically banned both Bull-Baiting and cock-fighting.

Yet the challenges continued illegally until a fight involving a bull caused so much uproar that the police were involved, so for the greater part of the 800’s most Bulldogs had to fight amongst themselves. Thus in the years following 1835, the breeding of this species diminished dramatically, even though these dogs were already widespread in the New World of America.

The Bulldog Club (1878)
The rebirth of the Bulldog, however, took place on the 3rd and 4th of December 1860 when a specimen, very similar to the one we know and love today, was presented. The first champion was the celebrated King Dick (born in 1858) and belonged to J. Lamphier who in 1861 went on to publish the first official standard (large head, flat nose, short limbs, squat body) which had to be observed in order to obtain the ideal breed. In 1878 the first Bulldog Club was formed with its headquarters at the Blue Post in Oxford Street, London.

Orry vs. Dockleaf
In 1891, two specimens of the breed, Orry and Dockleaf, entered a competition to see which one could walk the farthest suffering the least fatigue. It was an historical competition since Orry who was completely docile and gentle, was reminiscent of the specimens used at the time of the fearful Bull-Baiting with her slender shape, whilst Dockleaf was more squat and heavy with shorter limbs and short of stature just like his contemporary descendants.

For the record, it is said that the model of this “new Bulldog” was Rosa, the female dog who appeared in the famous ‘Crib and Rosa’ painting by Abram Cooper in 1817. Amazingly enough and against all odds, the stocky Dockleaf was declared the winner over Orry by fans who immediately understood how capable this athletic new breed was of competing and facing up to resistance tests, in spite of the scepticism and fear that he was unable to breathe properly.