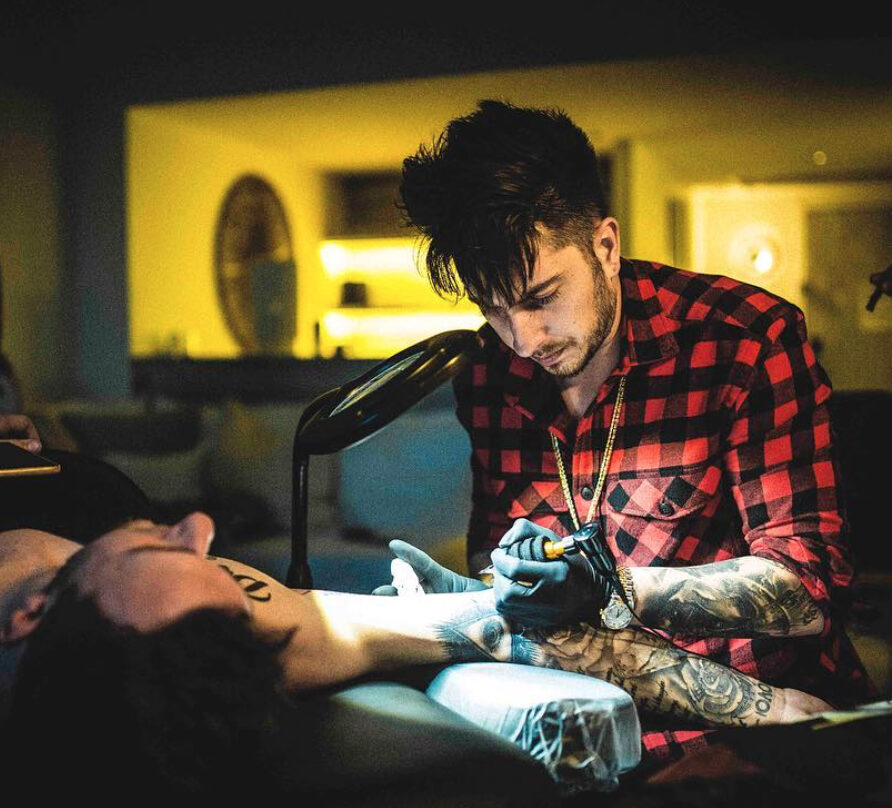 We are pleased to introduce you Dan Price: a childhood and a background in art, and a present in the world of tattooing. In this interview he retraces the most important steps of his carrer (including that time he tattooed Justin Bieber) and reveals us the secrets of his work – such as the “Thirds Rule”… Read to discover more!

Hi Dan, please introduce yourself to the readers of Tattoo Life!
Hey I’m Dan Price thanks so much for interviewing me!

What is your background and what have been the most important steps of your career?
Ever since I was a kid I was interested in drawing, which is essentially related to tattooing, but at first I was mostly music driven. My parents always played instruments so I was just always around music. The jump in my career however is when I got a degree in Illustration because I enjoyed drawing and didn’t know what else to take. I was still young figuring out my major, you can’t expect an 18 year old to know what they want to do for the rest of their life. I got an apprenticeship though at a tattoo shop in Delaware where I did that for three years and right after was hired to tattoo full-time. That was definitely the most important jump in my career since there aren’t any traditional tattoo apprenticeships that make you go through the ropes the old school way. As a millennial tattooer I was definitely lucky where I got to see the best of both worlds, the newer and older side of tattooing. My most recent step that has helped me further was moving to Miami in 2011. This opened my mind and eyes to what there was to life and tattooing, outside of Delaware. Definitely a lot of stepping stones to get here but I’m appreciative of everything I was able to do.

Then I got an apprenticeship at a tattoo shop in Delaware where I did that for three years and right after that was able to tattoo full-time. So that goes to say that was definitely the most important jump in my career since there aren’t any traditional tattoo apprenticeships that make you go through the ropes the old school way.

As a millennial tattooer I was definitely lucky as I got to see the best of both worlds, the newer and older side of tattooing.

My most recent step that has helped me further was moving to Miami in 2011. This opened my mind and eyes to what there was to life and tattooing, outside of Delaware. Definitely a lot of stepping stones to get here but I’m appreciative of everything I was able to do.

How would you describe your style?
My style is more black and grey realism, I like to give the client as close to the picture as they can get. My work doesn’t really involve surrealism, fake, or anything imaginative other than the ideas the client and I ultimately come up with because I want to give them a happy medium. It’s nothing super out of the ordinary but definitely a harder style not only in a sense of design, but competition as well.

Has your style changed over time and is it still evolving?
I started off dabbling in color at first and expressionistic tattooing early in my career. Now I really stick to one thing because in my mind you can be GREAT at one thing, but only good at others. I still think that my career is evolving but now on the business side more than ever. I’m always learning tiny new things when it comes to my machine or needle, but with overall growth I have my own shop, and I’m traveling the world, so there’s a lot of logistics that come into the business side that I need to still figure out.

Regarding techniques: what do you do in order to make a “perfect” tattoo?
I believe there is a “Thirds Rule” that you should follow. A third darks, a third lights and midtones, and a third negative skin because that gives you all parts of the spectrum there.

Then different skin tones come into play where I have to work out how I can do it so it doesn’t fade, etc.

Also the design and placement, there are muscle structures on the body that could bump or flow more, so making it look cohesive on a certain body part as well goes to making a perfect tattoo.

When I’m finished I like to step back and look at my work from every angle and evaluate it afterwards just to make sure I like it on my end. But the biggest thing is just making sure the client is happy even if they come with an idea that you have to build off of, because then it’s creating THEIR perfect tattoo.

Are there any tattoos you’d love to do and never tried tattooing?
I like the idea of microtattooing that everyones into now. There are people who are more apprehensive to those styles because of the fading aspect but it sounds like a relaxing day. A lot of cool clients, smaller pieces, fun ideas and words, little pictures (my clients are a little more serious, they come in for bigger pieces) are what make microtattoos so cool. A lot of the ones (microtattoos) I see are super cool. I also would like to get into more geometrical stuff where it includes a lot of lines and patterns.

You worked with lots of pop stars and celebrities: are there any memories you want to share with us?
First and foremost I never thought I would be able to tattoo some of the people I have like Justin Bieber and Future. But I had actually spent a lot of time in the clubs in Miami and the people who worked there always had an ear out for me to see if anyone would want to be tattooed. This allowed me to get my face and name out and become kind of a household name.

I remember getting a call at 12AM to tattoo Justin at 4AM-10AM, and if I wasn’t so serious in my craft not a lot of people would do a session from those times but it was an incredible opportunity that I couldn’t pass up. With Future I had a cool photographer friend who would shoot me in Miami and then moved to LA to do more director work and was directing things for Future’s album which was then able to connect me to him so I could fly out and tattoo him.

But these types of people are hard to get all the time so I stay very patient and wait my turn.

Do you want to tell us more about your studio? What’s it like? Who works with you?
My studio is in Delaware. It’s an appointment only shop but it’s not a place you need to wait a year to get into, it usually only takes about three-four months. We also don’t usually turn people away if they live in the area and do a walk-in. But definitely best to get an appointment through the shop. It’s super dope and I have an incredible team.

The pandemic changed the tattoo scene, lately: how was this past year for you?
I know it sounds crazy but it’s the best year it’s ever been, more on the personal side of things and hone in on exactly what I want to be doing. The pandemic wasn’t allowing in-shop experiences so it really came down to how you take that and what you can bring to the table. But all of these people who are on tour, doing sporting events, etc. were finally stationary so it brought a bunch more opportunities. The pandemic allowed us to see what we like so we can change up business to be the most accommodating.

Plans, hopes and projects for the future?
Plans for the future involve not just my overall tattooing but how I run my business. I see myself as an entrepreneur ontop of being a tattoo artist and something that has interested me are designer homes and the movement of luxury homes. I’ve also gotten into cryptocurrency which has been fun. But as far as tattooing, I want to shoot for the stars and really tattoo Drake. That would allow me to retire happy (kidding!).

Is there anything you want to add before we say goodbye?
I would love to thank Tattoo Life for taking this opportunity to interview me, I’ve been waiting a long time to be in Tattoo Life, it’s one of the best magazines out there for tattoos. The brand has been such an incredible outlet that I’ve followed for years so thank you again for the opportunity! 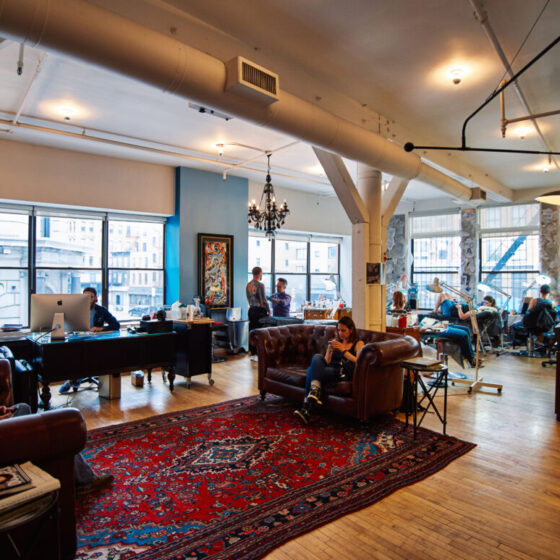 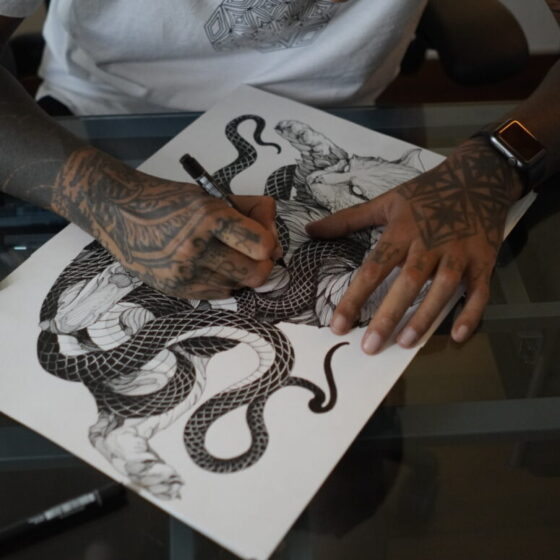 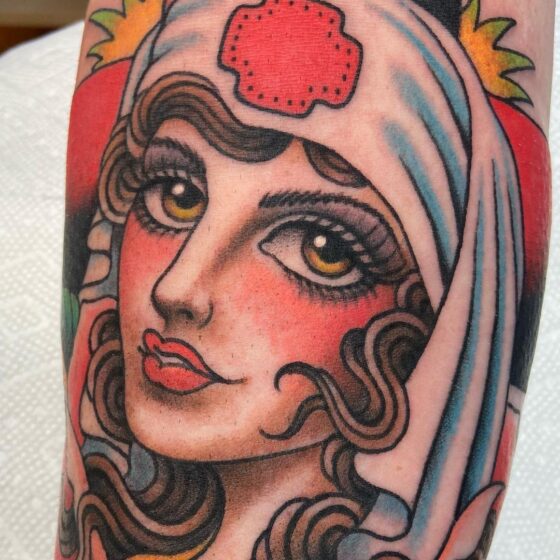 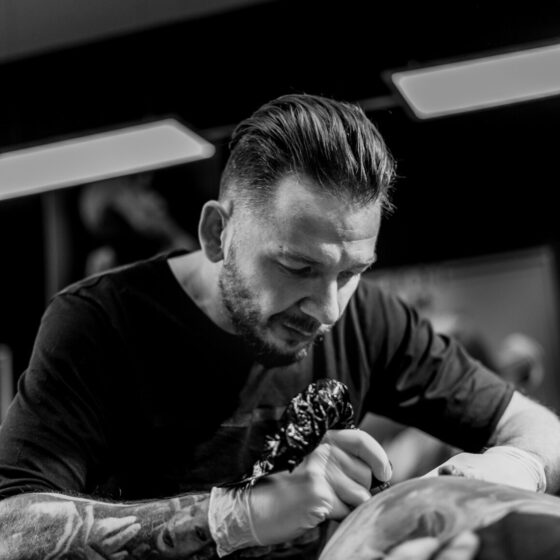 Tomasz Torfinski aka TOFI and his tattoos in 3D 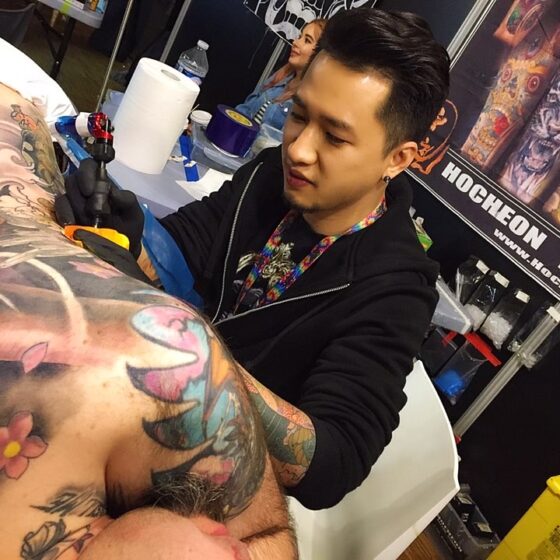 Hocheon and the 5 principles for creating a good tattoo

Fairy tattoos by Amare, with love