A fulfilling chat with Indian Motorcycle’s current PDD. A legendary brand for road lovers and its number one tattoo-crazy creative – what more could you desire?

We recently talked about Indian Motorcycle on the occasion of the beautiful charity initiative put in place with Shige , one of the masters of Japanese tattooing.

Journalistic instincts prompted us to expand on this once we discovered that Ola Stenegärd, one of the most respected designers in the motorcycle market on both sides of the ocean (Ola was the dad of the BMW R nine T among many other feats in his life) and current PDD – Product Design Director – of Indian Motorcycle, is also one of our own. In the sense that he loves tattoos, he’s been tattooed since the heart of the 80’s and he was already there when Sweden and its scene were exploding in a stream of Traditional, Old School and Japanese subjects.

So here is the report of our cordial and intriguing meeting. The microphone switches to this eternal and resourceful Swedish guy.

Mr. Stenegärd, I know motorcycles have been in your heart since childhood but when did you start to get seriously interested in tattoo art?
Let me say as a first thing that I’ve never answered a question like this… And I’m really pleased to do it now! (smiles) So, what led me into the tattoo universe were two sailor friends in the early 80s. They were really tattooed. Of course there was the Swedish biker scene too, riding around on their Chopper, Indian, Triumph etc., which I was also in.

You know, at that time and in that environment it was something very natural.

You didn’t think much about it: you turned 18 and the first thing you wanted to do was to get a tattoo to make you feel more and more part of that fascinating tribe.

Were there many tattoo shops in Sweden in those days?
There must have been at most two. One was the infamous ‘Doc Forest Tattoo’ in Hägersten near Stockholm while the other was in Gothenburg and – if I remember well – a certain Björn worked there. All the rest – let’s put it this way – was “obscure underground art”… I got my first tattoo by Doc himself. With the secret aspiration that one day I would be able to tattoo within those four walls.

Wait a minute! Did you feel like a tattoo artist inside?
Well, I was part of a certain scene and I could draw well… Then, when I found out that designing motorcycles was a very demanding job that left you just enough time to sleep a few hours a night, I dropped that option! (laughs)

Can you tell me something more about your first ever visit to Doc? What did you feel and what did you get tattooed for your so called “baptism of fire”?
I had just come of age – so it must have been the winter of 1988 because I was born in February, 1970 – and I immediately showed up at the door of the ‘Doc Forest Tattoo’. That place was truly legendary because at the time Doc (Doc Forest’s real name is Ove Skog. Ed) was strenuously carrying the torch for tattoos to become legal in Sweden. Good old times! Anyway, I went there with a friend of mine and of course we hadn’t booked an appointment! (laughs) It was cold and at 3 p.m. there were already quite a few people waiting.

But you didn’t give up…
No. I stopped by at 9 p.m. just before the shop closed. And in the meantime I had been enchanted by all the atmosphere that was surrounding me. I chose a Japanese dragon to place on my right arm. I noticed the flash on the wall, Doc took it, placed the tissue paper on my arm and in 40 minutes my little tattoo was ready! It’s still a beautiful memory kept in my heart.

When was the last time instead?
I got my last tattoo around Christmas 2019 before this terrible pandemic broke out. I proceeded to add ink along one of my sleeves. My current tattoo artist took care of it. His name is Nick Nitro and he works at ‘Heilig Blut Tattoo’ (it means ‘Holy Blood Tattoo’. Ed) in Erding, Germany.

It looks to me like you are tattooed along both of your sleeves. Do you have tattoos in other less visible areas of your body as well?
Yes, I am tattooed along both arms and on my lower neck. On my chest I have a Japanese style tiger and a phoenix too. And then I also have a blue dragon inspired by the famous tattoo of Johnny Winter (the unforgettable Texas blues guitarist/singer who sadly passed away in 2014. Ed) that he proudly displayed on the cover of his amazing 1984 album ‘Guitar Slinger’. I love his music and his high-energy blues!

How did you feel about collaborating with the respected Japanese tattoo artist Shige on his customization of an Indian Motorcycle Chief model through his design work called “Oni demon with storm of falling cherry blossoms”?
To be honest with you, Shige had the merit of bringing me back in touch with a scene, the Japanese tattoo scene, that I had lost a bit since the days of my first tattoos. I must admit that in the meantime many new names have blossomed and the talent has reached very high levels.

And in the midst of it all, you chose him…
Exactly. In the midst of all this flow of talent, Shige’s skill stands out both for his way of understanding Traditional/Japanese tattooing and for how he knows how to exalt it with the shrewd use of technology and colors. He surprised me so much!

The first time I met him in person I found him to be as meticulous as an old collaborator who, like me, was a motorcycle designer.

Shige has it all: great artistic skills and a deep knowledge about the roots of Japanese tattooing.

You once said during an interview that the motorcyclist doesn’t like parking his own bike in the middle of 20 other models just like his…
Yes, I said that, but how do you know these things? (laughs)

I have done my research. I find this to be a true concept that’s also close to the heart of many tattoo lovers. I mean: the exclusivity of a tattoo in a world full of tattooed people. A sort of standing out. What do you think about it?
I think you’re completely right because that’s exactly how it is. I for example love classic motorcycles and Traditional tattoos, but I want them to be unique first and reflect my way of being. The goal – even for us who build motorcycles – is to provide you with that different product. Especially if it reflects your personality and who you really are.

Now that you’re Indian’s PDD you design less and coordinate your creative team more, right?
Yes, and I never stop telling my current designers that they are having the best time of their lives! Maybe they don’t realize it and are stressed about deadlines, submitting projects and stuff like that but designing remains something magical. I won’t deny that I always envy them a little bit…

Do you miss that part of your life? When you were just drawing and getting paid for it like a common tattoo artist? Going from one project to the next in a constant stream of imagination?
Well, I’m going to draw a parallel for you with professional sports. If you play football/soccer and decide to become a coach, it’s even logical that you won’t see the field anymore. You have to be honest with yourself and admit that that role now belongs to your “kids”, right? Your job is something else. Of course, I’m still fascinated by drawing. It’s something that never leaves you if you are in this state of mind since childhood.

I just prefer to do it privately now. At my home and not in the company.

Besides the already mentioned Doc Forest (the first) and Nick Nitro (the last in order of time) have we forgotten any names from the list of your trusted tattoo artists?
I feel I should also mention legendary Deborah Inksmith at ‘Inksmith & Rogers Tattoo Studio’ in Jacksonville, Florida. Deborah did most of my early works. Of course Rogers is Franklin Paul Rogers, one of the fathers of American tattooing. And then my oldest son…

Your oldest son?
Yeah, he tattooed me too! He once did a week-long apprenticeship in Nick Nitro’s studio in Germany. At the end of those seven days Nick himself said to me: «Ola, your son is really good. He deserves to perform a tattoo on you». So he made a small rose on my ankle. And it’s still one of the tattoos I am most proud of.

I know ‘Easy Rider’ (1969) is one of your absolute favorite movies and Wyatt/Captain America (Peter Fonda) and Billy (Dennis Hopper) two idols from your teenage years. Have you ever thought about getting something tattooed as a tribute to these two ultimate hippie icons?
I never thought about it but now that you ask, why not? You’ve given me a great idea for a brand new tattoo! I’ll talk to Nick Nitro about it shortly and let you know. (smiles)

Why just that movie and not another?
Well, ‘Easy Rider’ was very important for my cultural formation: I’ve seen it hundreds of times but every time it still knows how to amaze me. I’ve also read all the books that have come out about the making of that 1969 masterpiece. That work is important because it doesn’t talk about two ugly outlaws, but about two dreamers in a precise historical period of the United States of America. It’s so much more than just a motorcycle movie….

We are now at the end of our chat, but reveal one more curiosity. Is it true that building bikes with your bare hands does more for your well-being than yoga and shrink visits?
I am 100% certain of that! In those moments there’s me, a piece of metal to repair and peace of mind all around. In this life you must carve out areas where you can simply be relaxed with yourself. And I found that place in the beloved garage of my house.

And your last famous words are…?
That’s a very tough question! (laughs) You know, making things work is always something complicated. Especially for someone in my job position. So my goal is always to make things simple and clean. Everyday. I couldn’t let a single day go by without me committing to it. 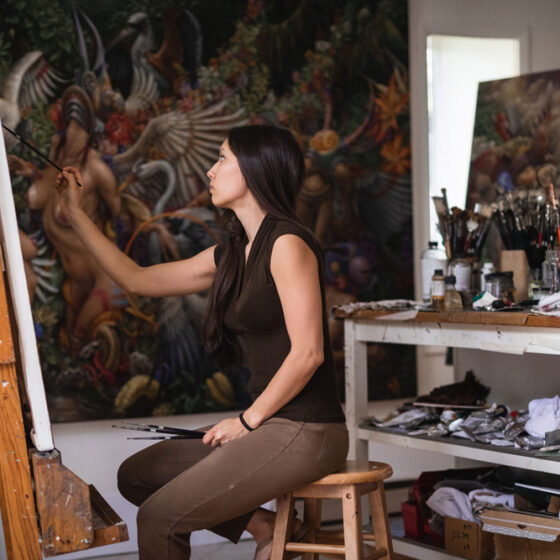 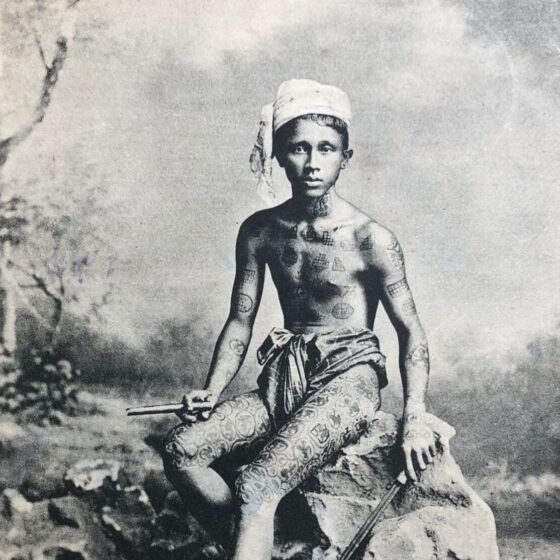 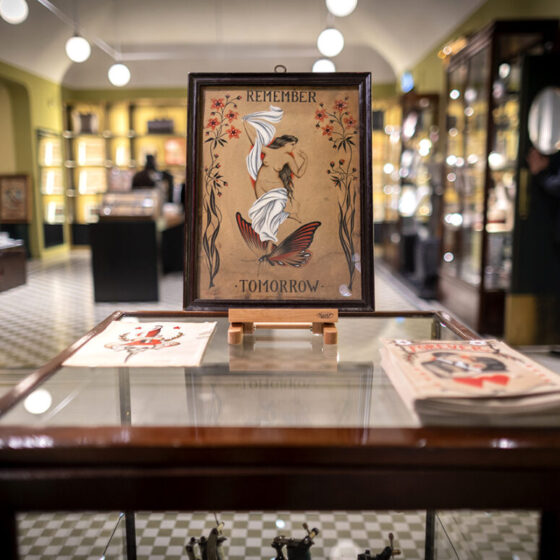 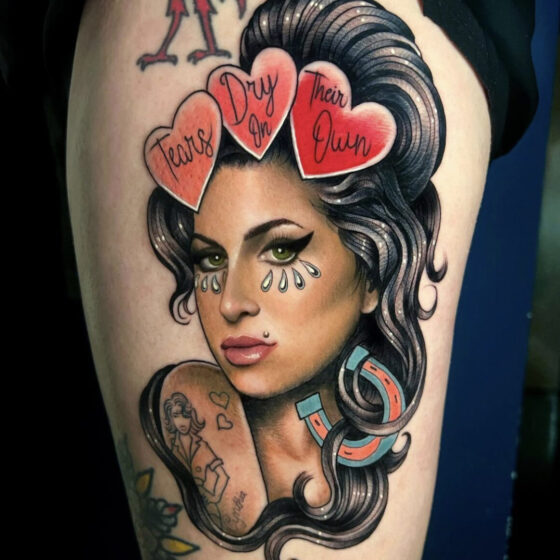 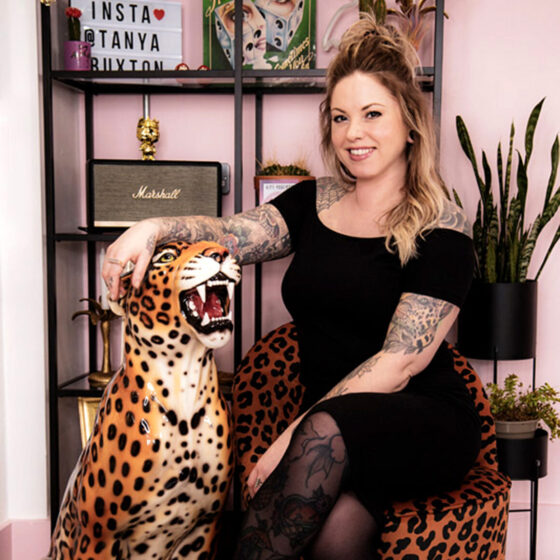 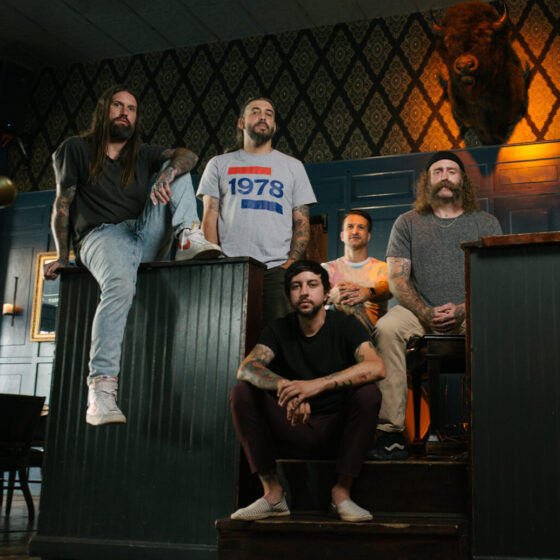