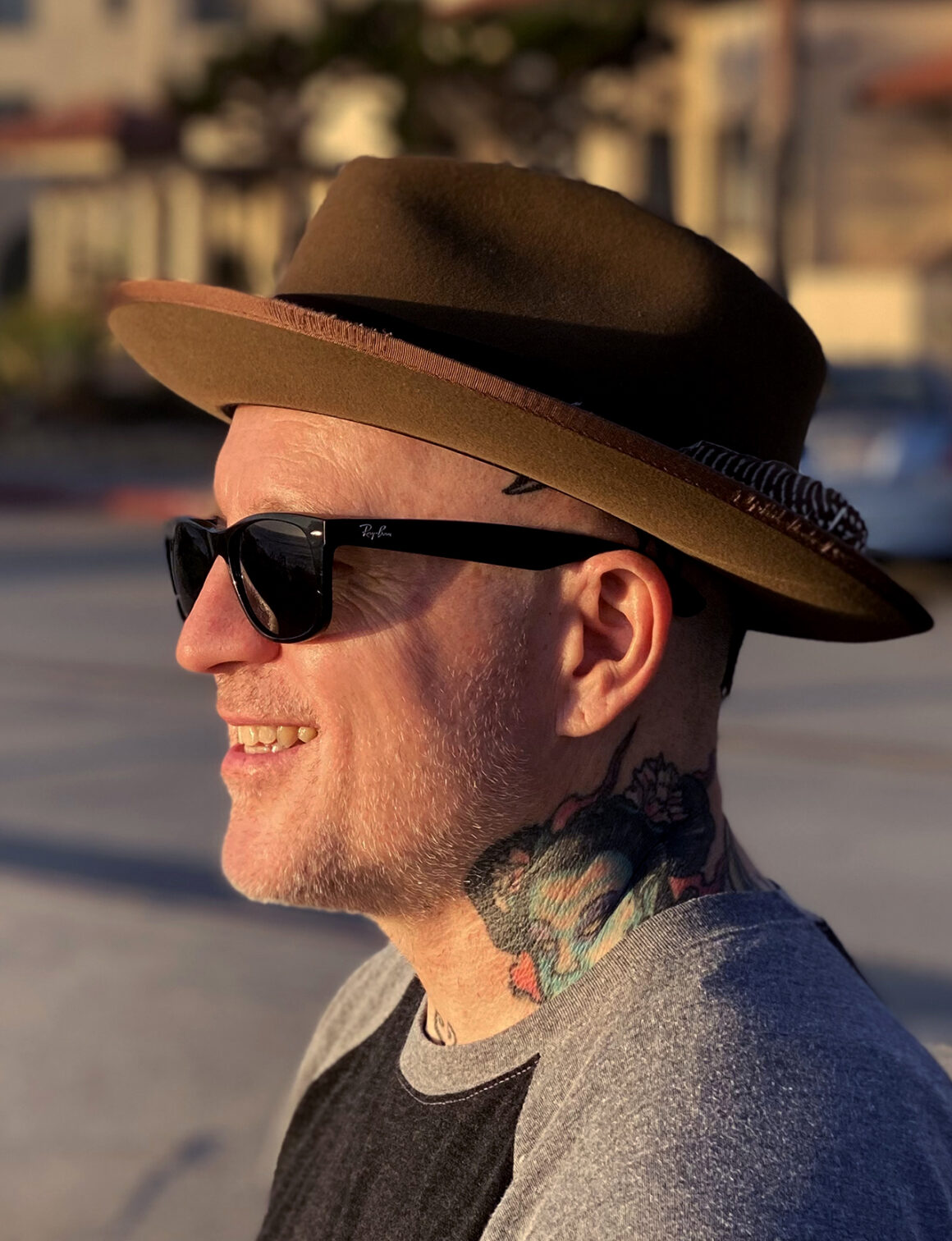 This encounter with Matt from San Diego’s Full Circle Tattoo was much more than an interview or a chat between friends – a full immersion in the ins and outs of Trad tattoos!

Hi Matt, you’ve been tattooing for over 20 years so straight off I’d like to ask you for an overview of your career…
Yep! It’ll be 21 years pretty soon, and I can’t wrap my head around that and truly an interesting ride it’s been for sure! I’d always drawn as a kid, and was always fascinated with the very few tattoos I’d see in the 1970s and 80s, but it hadn’t clicked that anyone could make a living from drawing, much less putting these cool images on people. So I worked mostly in print shops, started doing more graphic and web design in the late 90s, and in 2001 I had my break in the form of a dude named Jeff Biernacke.

Tell me about Jeff.
Jeff was a friend of a friend, and he gave me some super basic nuts and bolts to work with. After a few months, Jeff decided he was taking a break from tattooing to surf for a bit, and I was out on my own! (laughs)

After that there was the intervention of a friend of yours and the ‘Sacred Tattoo’ experience. Can you tell me something more?
My friend Ms Mikki, who I’d been tattooed by a bunch at ‘Sacred Tattoo’ in Oakland (who was emphatic that she would never apprentice me…) started having me come in here and there, where she and her apprentice Dan E Boy taught me how to build needles, tune machines etc. Just so many things I had no way of figuring out on my own. So in 2004 I managed to land at job at ‘Sacred Tattoo’, where I stayed for 2 years.

Then what happened in 2006?
In May 2006 I heard Theo Mindell (IG: @theomindell) was hiring, and I somehow landed a spot at Spider Murphy’s Tattoo (IG: @spidermurphystattoo), where I worked for almost 8 years, and due to a ton of Theo’s influence and perspective, I truly found direction, focused on finding my voice, so to speak.

Then what happened?
From there, I worked at Seventh Son Tattoo (IG: @seventhsontattoo) in San Francisco for 3 years, then moved over to Idle Hand (IG: @idlehandsf), where I’d be until my wife and I moved to San Diego in April 2019. I originally was working at Flying Panther Tattoo (@flyingpanthertattoo) for about 5 months, then moved over to Full Circle Tattoo (IG: @fullcircletattoo), where I am today, and I feel like I have such a home working with Bill Canales (IG: @billcanales) and the amazing crew we have right now.

I am getting such cheerful vibes from what you’ve said so far…
I’m just happy! That simple. Tattooing was and always will be always this Mount Everest for me. I was always fascinated, always wanted to climb up and have that experience and be part of it. It always felt out of reach, and I trip out sometimes that I’m actually doing the thing I’d fantasized about it for so many years… and now I’ve been in it for this long as well! Tattooing will always be magic to me. Magical and honest and true.

You have called your works “tattoos with energy and vibe.” I think that’s a beautiful way to sum up your approach to the Traditional/Old School style…
The first tattoos I remember seeing when I was a kid were on Vietnam veterans, World War 2 and Korean war vets, bikers, etc. And the images etched into my brain are just tough, dark, burly etc.

For me, looking back, being tattooed put across the vibe of someone who didn’t just do what they’re told to, nonconformist, to be left alone.

And as a damaged little kid the idea of being able to put something on my body that’d maybe make people leave me alone… well that sounded great! (laughs)

Go ahead.
The tattoos I grew up seeing, then later in magazines, etc. were all what we consider Traditional – though I just thought “That’s what a tattoo looks like”. So when I consciously started drawing tattoos that’s how they were supposed to look! Bold lines, tons of black, drawn in a way that’s not what we’d see in the natural world necessarily – but the feeling, the vibe was what came across! I wasn’t aware of course and could break it down – but the vibe was what always gave me a feeling when I’d see a tattoo.

Why this fascination with sharks in particular?
Wow the sharks! If I’m remembered for anything, it’ll likely be the shark tattoo. And that’s totally cool with me. I can’t think of a time in my life where I wasn’t drawing sharks, thinking about sharks, looking for them anytime I was fishing on the bay or ocean. If we were at the beach I was definitely thinking about sharks. They’ve existed for millions of years, and they continue to evolve to just be… cooler!

And you in turn turn them into pieces of ink, right?
At least from the perspective of me trying to grab their energy into a tattoo I’m still intoxicated by the idea of a shark as a tattoo. Having been born in Australia, then where I grew up in the San Francisco Bay area, and now living down in San Diego. That’s only going to perpetuate my possibly unhealthy obsession with these ragged teethed beauties.

Does this have anything to do with that famous film directed by Steven Spielberg?
Yeah! When I was six, in 1975, my father took me to see ‘Jaws’. I don’t know if I would have taken my son to see that at 6, but it obviously worked out and really the one good thing that man did for me that I was able to carry into adulthood. My true love of sharks. In school, at home, on Pee Chee Folders and binders, lunchboxes I’d draw sharks like some itch I can’t scratch enough! (laughs) When I started tattooing, naturally I wanted to do some sick shark tattoos and, well, that took a while to establish.

Really?
Absolutely. I did a few sharks, sharkbombs here and there, but the shark wave didn’t really start until I was getting more of my work published in books and magazines (maybe 2008/2009) and I started getting asked specifically for lots of shark-related pieces. So it began, and I’m constantly evolving my sharks. They look gnarlier and weirder sometimes but always trying to express how much I truly love those damned sharks.

And, believe me, never tattooing the same one, same colour palette, whatever. Each is it’s own fish, man!

Will you be leaving San Diego in the coming time to engage in conventions or guest spots?
At the moment, I have nothing on the books for travel. I was taking trips back to San Francisco almost monthly for a while, but Covid nonsense and life itself sort of squashed that routine for me. Aside from seeing my family in the Bay, I don’t have plans for any travel as boring as that sounds! (laughs) This past year been working on a bunch of projects that will be put out here and there. We’re going to have a second volume of the Breakfast Club book (we’re painting for now), as well as a big thing (for me) I’m working on that’ll be out in November. This winter will be primarily focusing on more painted work I think.

And your last famous words are… ?
Life is so short. I’ve lost more friends and family in the last few years than in the previous 20. Time, man. That’s the true commodity. Make it count. Don’t give your time and energy to things that aren’t worth it. Negative things. Lastly, the way I view living – is that you’ll sink if you stop swimming. Like a shark. A shark drowns if it stops moving. And dude, please, don’t drown! 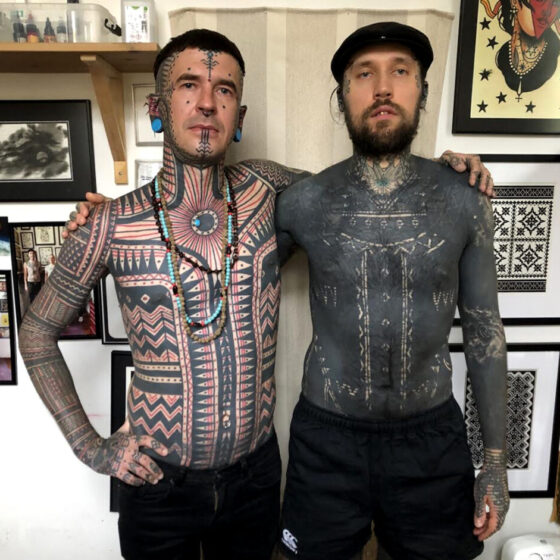 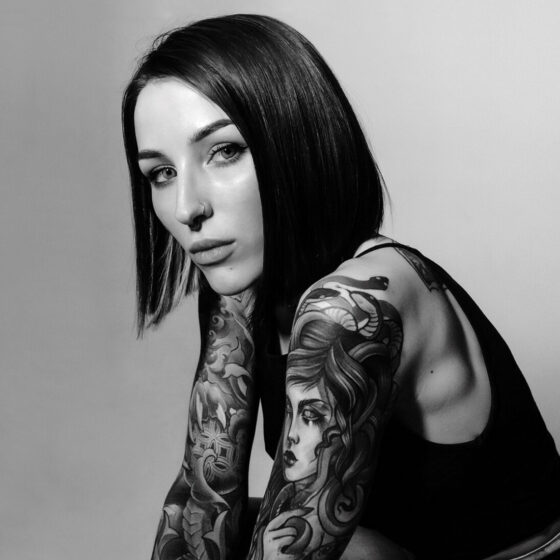 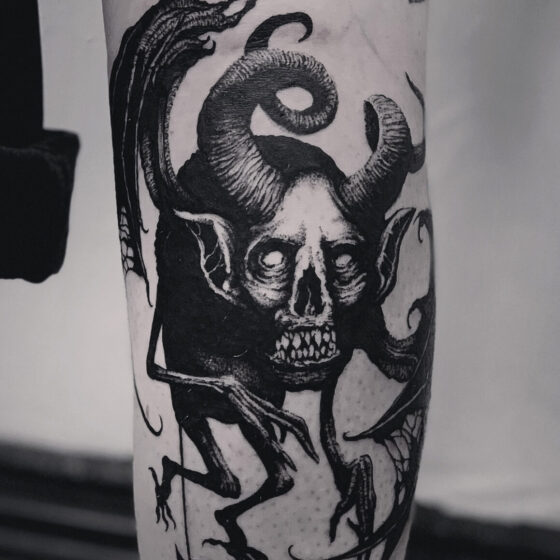 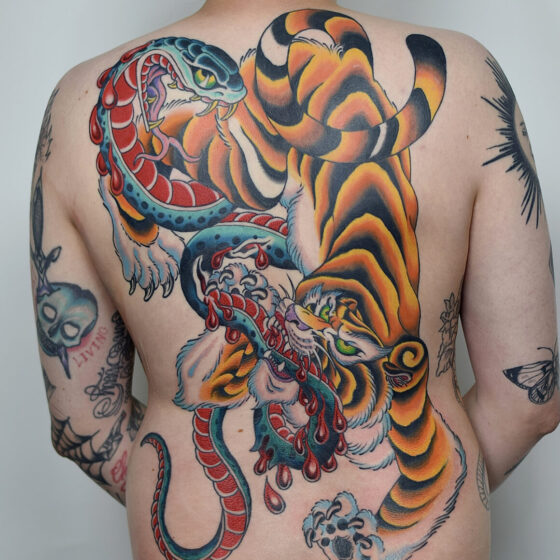 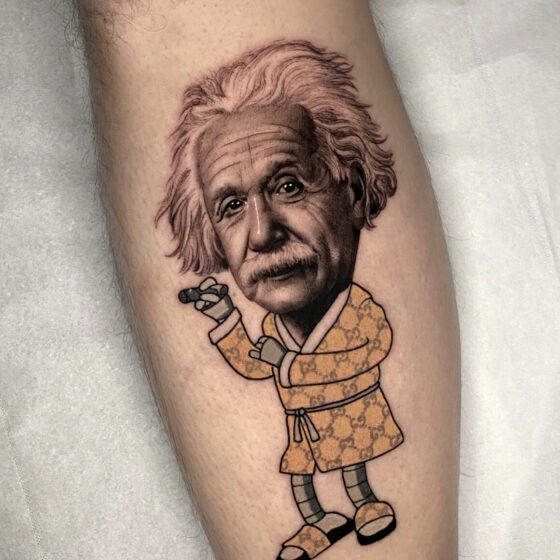 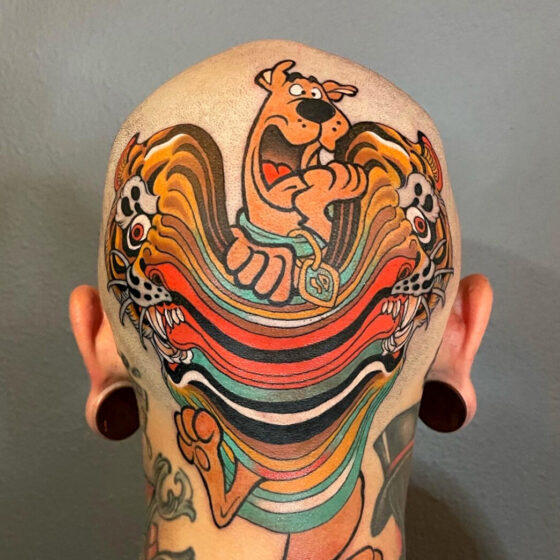